thoughts on a process

In one of my last posts, I mentioned that I had been bullied in middle school. Looking at my life now, many people would see no reason why I should be affected by that part of my life anymore. While I’m no longer afraid of actually getting bullied the way I was in middle school, the emotional scars from being treated so badly take a long time to heal.

In eighth grade at my new middle school, I was told daily,
“You are ugly.
You’re weird.
You have terrible hair.
You’re stupid.
You’re worthless.
Why would anyone like you?
There’s no reason anyone would like you.
No one likes you.”

Even writing this was hard because just now I remembered how it felt to hear these words directed at me, day in and day out. The feeling of numb dread walking into school, knowing that at least one person would be mean to me that day. I would hear one of those sentences at least once. Only once if I was lucky. Even worse were the people who I was just beginning to trust who would turn around and join the bullies when they were afraid. (Who could blame them for being afraid? Middle school is a frightening time). And the administration. “Just ignore them.” “There’s nothing we can do.” Really? REALLY?  But I digress. I am so thankful for my parents’ support and sticking up for me throughout all of this. By the grace of God I didn’t totally despair, but that year was really hard.

My safe haven was music. Besides listening to music with sequences, I loved music that depicted joy. Haydn string quartets, Mozart string quartets, and Holst string music. The music was predictable and made me happy. There was no malice in this sort of music. I could trust it like I could trust my parents. Not like “friends” at school who were nice one minute and turned on me the next. One particular piece of music comes to mind- the fourth movement of Mozart’s Symphony No. 39. It makes me smile every time. The beginning- the violin theme that explodes into arpeggios while the lower strings, winds and horns dance exuberantly underneath. It’s pure joy. It sounds to me like laughter among friends who are just happy and enjoy being together.

I realize now that this music is what affirmation sounded like.

Those triumphant cadences, the sequences in the middle of pieces that get lost and then seem to get found again, ending up in a different but equally beautiful place…

After enduring all those awful things at school, I would come home and practice and listen to Mozart and Haydn, and the first movement of Beethoven Symphony No. 6 because I thought it was such great music, and it was. It was also a source of affirmation in the midst of great tribulation. I realize I heard Someone’s loving voice:

You’re beautiful.
You’re special.
There are a million reasons why someone would like you.
You are immensely loved.

I’ve heard affirmation in the music I play and listen to. I’m just now learning to let myself hear affirmation from the people I am around. When you are constantly beaten down with words, it’s often hard to think that it could ever possibly be different. Then, when someone is nice to you or sincerely tells you that you are special to them, your first instinct is to be wary. Really? Is this person serious? Do they really know me? Don’t they know they aren’t supposed to like me?

Then those sequences in Haydn. Those bursts of joy in Mozart. The well deserved and satisfying cadences in Beethoven. It’s okay. You are loved. You are special. 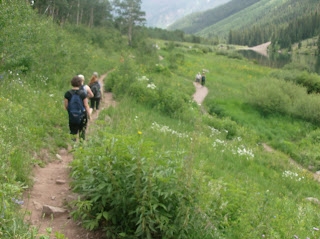 The moments of extreme self-doubt and self-depreciation have become less and less as the years pass. This has been no small victory and no insignificant journey in my faith. With the journey, there have been terrifying moments- learning to trust and be transparent, and sometimes being disappointed- and moments of immeasurable blessing- realizing I can trust others, though scary and somewhat unpredictable. I can rest in the fact that when people I trust are kind to me, it’s not because they think something’s wrong with me or that they feel sorry for me.

When I would listen to Mozart after school, I knew that this fear couldn’t be the end of the story. Someday I hoped I would experience the kind of joy I heard emanating from the music, and as the years have gone by, I have experienced that joy, and I know I will continue to on this never-ending journey in music and life.

Yvonne
I'm a graduate of Rice University majoring in viola performance, and I love what I do! I am so grateful for this opportunity to share music with others. All pictures on this blog are probably from the internet unless they are pictures of my friends and/or me.